Proposing a sensitive and intimate portrait.
Freeing one’s perception from representations imposed by the digital.
Preferring to listen to the present and living voices which sit behind the walls, rather than a standardized, disguised, intimacy projected into the public sphere by social networks,
Exploring a city which is tangible and human, as opposed to a networked city represented by the web.

Looking through the cracks to find the different presences which live there.
Revealing the infra-ordinary,
questioning the usual, founding our own anthropology.
Seeing what is happening within these interstices.
Then, imagining a new form of listening, showing through the removal of, rather than a layering of, images.

Creating moments of fragility, leaving the public alone, finding it again.
Using the void, the silence to describe the street.
Taking part in a game of hide and seek in order to show.

3 or 4, 30 minute sets per evening
5 mobile video projectionists with portable sound equipment
1 composer with his or her telephone
1 video technician
A range of 100 to 180 people per set 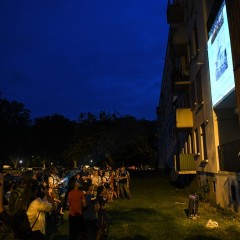 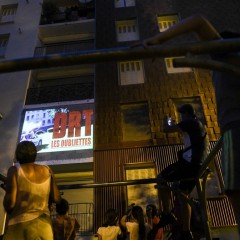 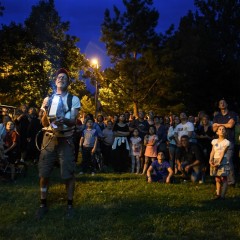 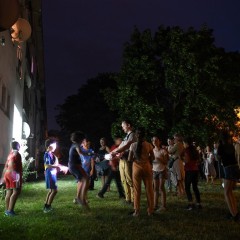 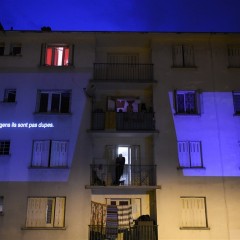 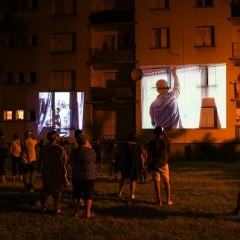 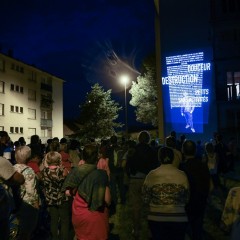 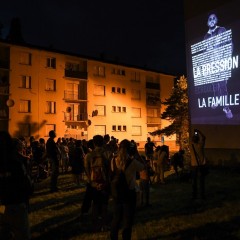 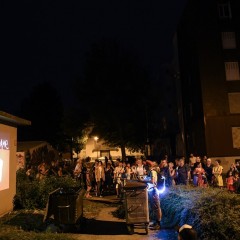 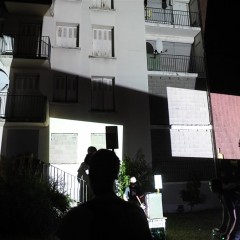 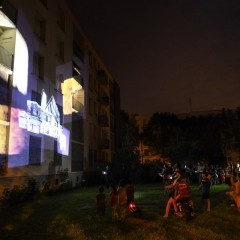 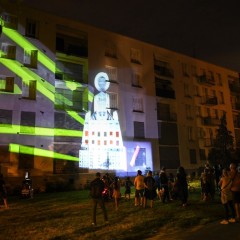 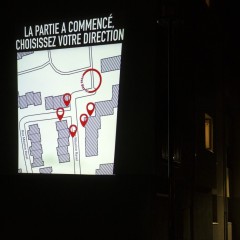 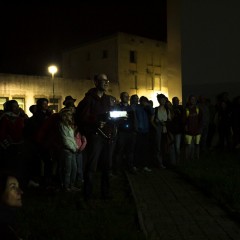 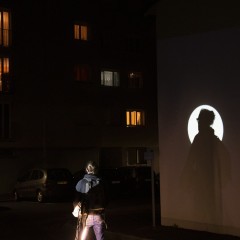 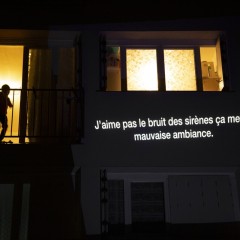 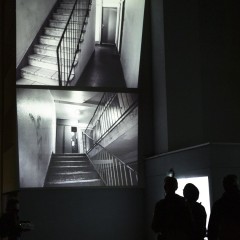 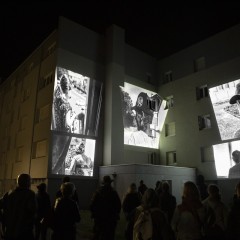 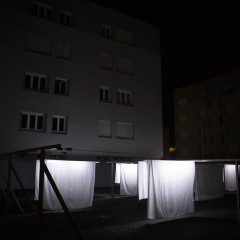 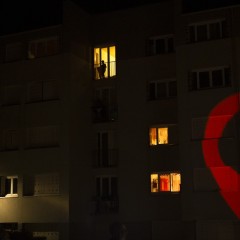 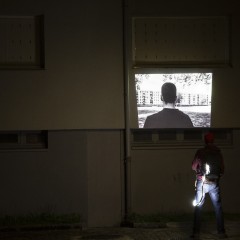 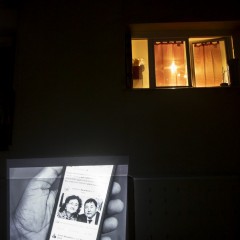 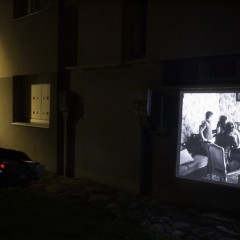 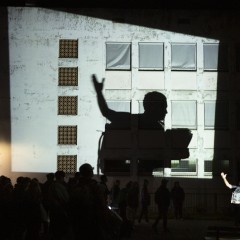 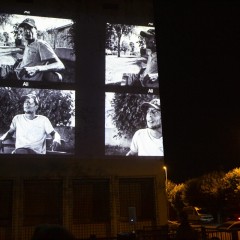 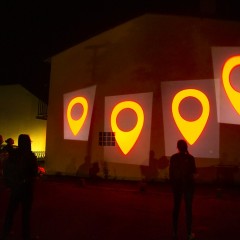 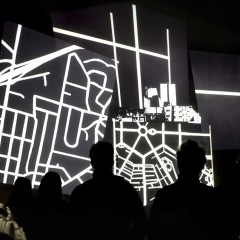 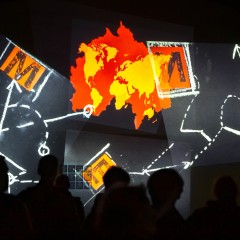 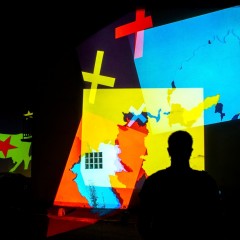 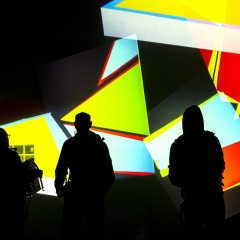